Enjoy following along the journey through all the daily posts in this series.

Our tour guides, Dennis and Tom, record the group’s activities and take photos to preserve the journey. Click one of the days below, in red, to see that day’s blog post.

I am a runner who has been riding a tandem with my husband Ken since 2016. We have taken several 2-week trips on our Co-Motion Tandem that comes apart for traveling. A year ago, I saw an ad for this cross-country trip and suggested it would be an epic ride for my 70th birthday and Ken’s 75th! I have been training for a year on both the tandem and my hybrid bike. I think I can call myself a cyclist now! Originally from Delaware, I have lived in the Pacific Northwest for nearly 50 years (mostly in Bellingham, WA). 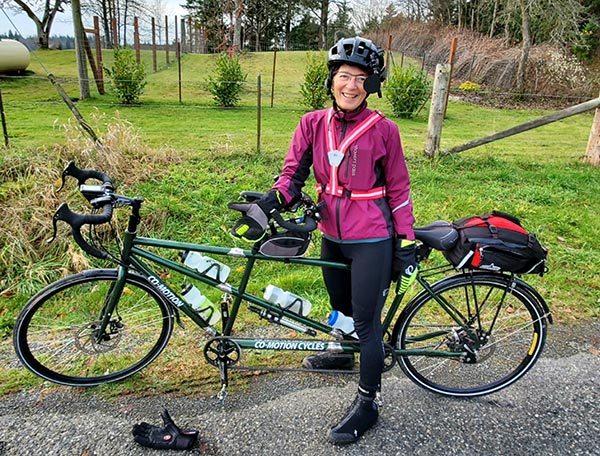 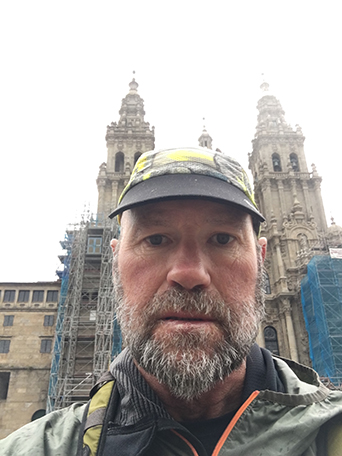 Hello I’m Jerr. For almost 30 years, I grew apples which included packing and selling our crop. I’ve been retired for 8 years. I’m the father of 4 children and 2 grandchildren.

I’ve done a lot of bike tours and hiking trips all over the world, but my favorite bike ride would be the Texas hill country. I don’t bike very much except when I do tours. Hopefully that will change.

Like most kids, I gave up cycling when I got my driver’s license, only to take it up as a cheaper commuting vehicle in college and grad school, then ditch it again when early mornings and late nights at the office once again made the car the commute vehicle of choice. For efficient exercise on a tight time budget, I ran. In 2014, after four decades of running and being retired, my knees brought me back to the low impact joys of group day rides with other retirees. One of those riders was a local tandem dealer in his retirement. All my wife Francie and I had to say was that tandem riding looked like fun for him to administer a couple’s tandem compatibility test, give us a quick course on tandem safety and etiquette, and set us up with a loaner. The rest is history. I still enjoy climbing and century challenges on my solo road bike, but nothing beats exploring the world at tandem speed with your wife. Our first unsupported multi-day ride was on the Katy Trail across northern Missouri, followed by the Erie Canal Trail, a loop around Lake Michigan, and a coast-to-coast loop around northern Florida. We splurged next on a tandem only supported loop of central Oregon from Crater Lake up to Sisters and McKenzie Pass, followed by a bigger splurge January 2020, before COVID struck, on a supported ride with tandem and solo riders through Central America. That brought us to this epic splurge, the Southern Tier Ride with Cycle of Life Adventures. 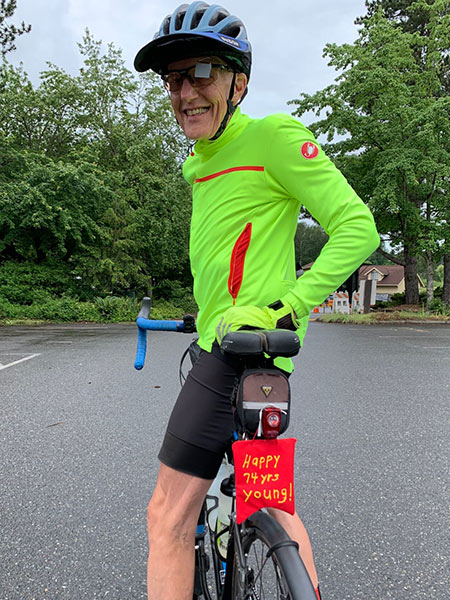 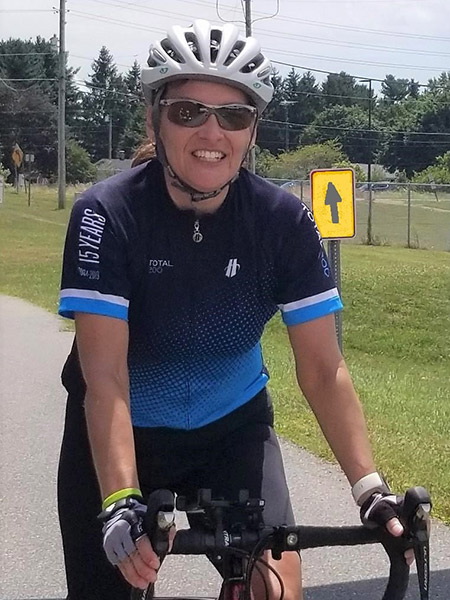 I am Rocio. If I could live my life over again, I would work towards being a professional woman cyclist. I prefer riding my road bike, but I also enjoy riding on trails with my family. My top two favorite long-distance rides have been riding about 500 miles across the state of New York; and riding the Natchez Trace with Cycle of Life Adventures, about 440 miles. Both were in a week’s time. My favorite single-day event is a metric century in Washington DC, called the 50 States Ride, in which you ride on a road named after each state. I have wanted to ride my bike cross country for at least 15 years and here I am. With the support of my husband and my two sons, I am about to make this dream come true. 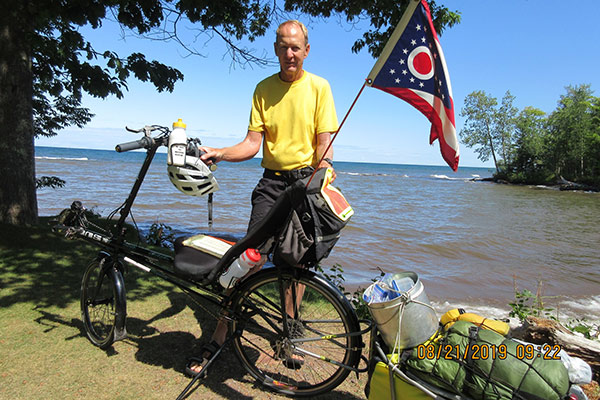 Did my first overnight bicycle trip in 1968 at the age of 19. I did everything wrong and limped into my home town vowing to never straddle a bicycle again. Thankfully, my mood changed and hundreds of thousands of miles have passed under the wheels of my various bikes since then. Hopefully, there are a lot more miles waiting for me.