We had a very unusual day! The Pensacola Bridge is still not repaired from hurricane damage, so Dennis’ partner, Elli, found a boat to take us from the mainland near Perdido Key to Pensacola Beach. It only took the bikes and riders. Dennis and Holly had to drive “the long way around”.

We left Gulf Shores early in the morning, heading towards Orange Beach. The coast in this area is made up of a string of keys with lagoons between the mainland and the keys. At mile 12, we passed into Florida!!

Several of us missed a turn to get to the boat, which added some stress to the day. The boat ride itself was wonderful and the Blue Angels were practicing over our heads. It is impossible not to be impressed with their level of skill. It was quite thrilling.

After landing at Pensacola Beach, we rode along Santa Rosa Island, a long skinny key that included the Gulf Islands National Seashore Park.

Had to take one last bridge to get to the mainland. We thought we were told we couldn’t ride on the road, so we walked the narrow pedestrian path.

We enjoyed dinner at The Shack, in Ft. Walton Beach, and it was worth the wait. 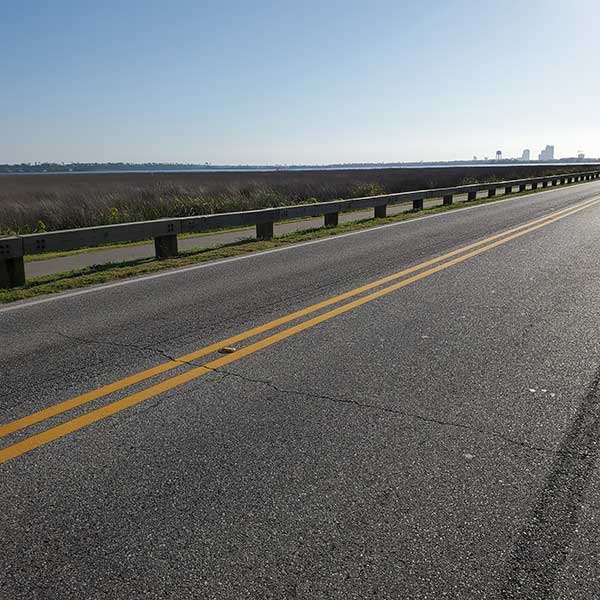 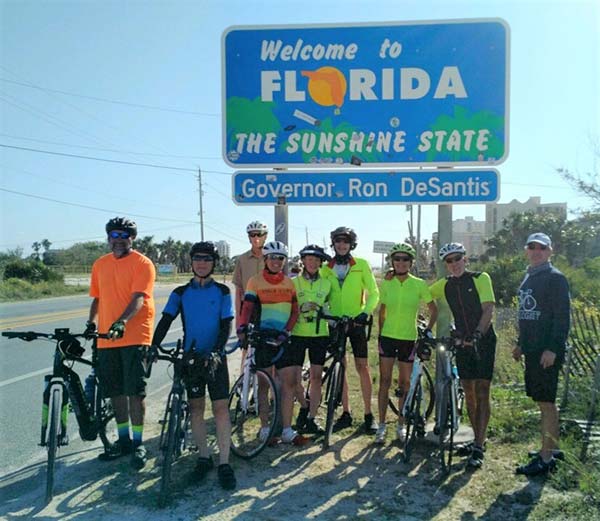 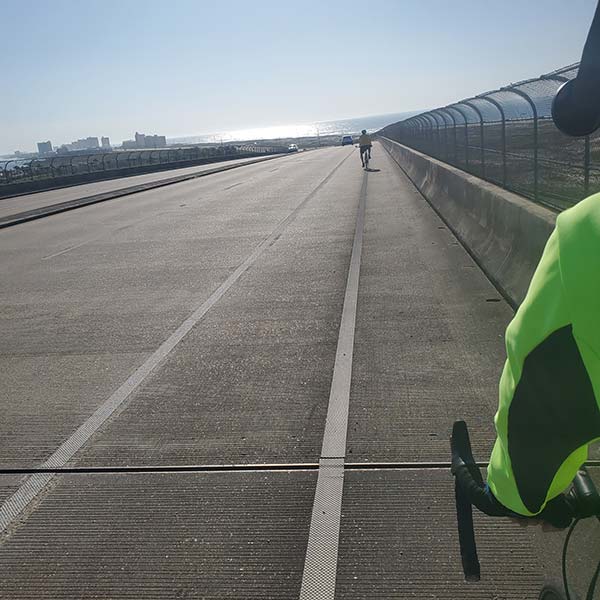 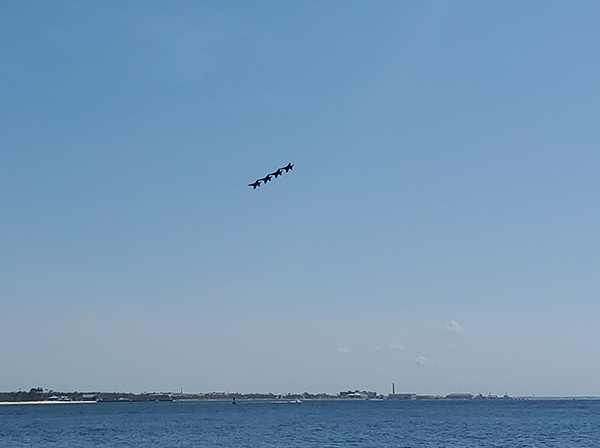 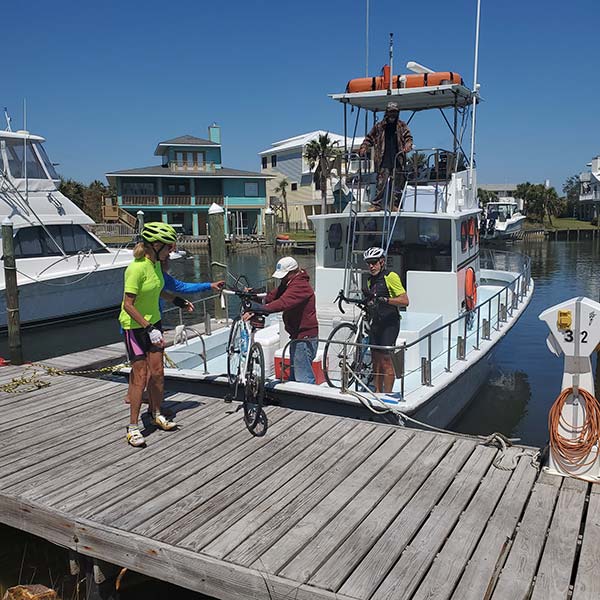 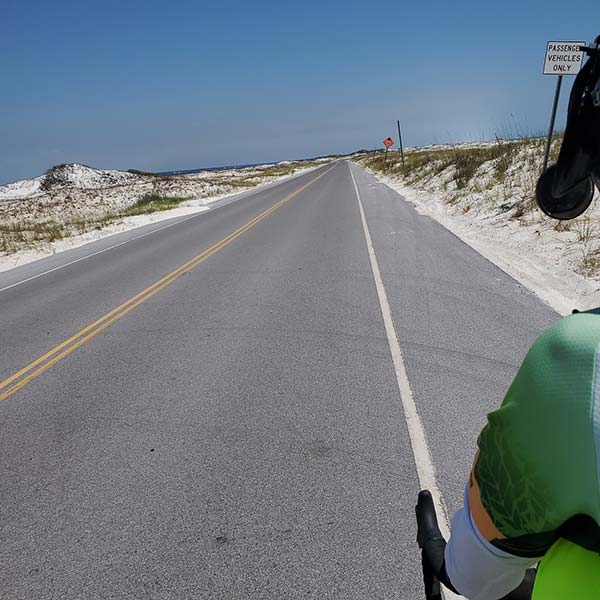 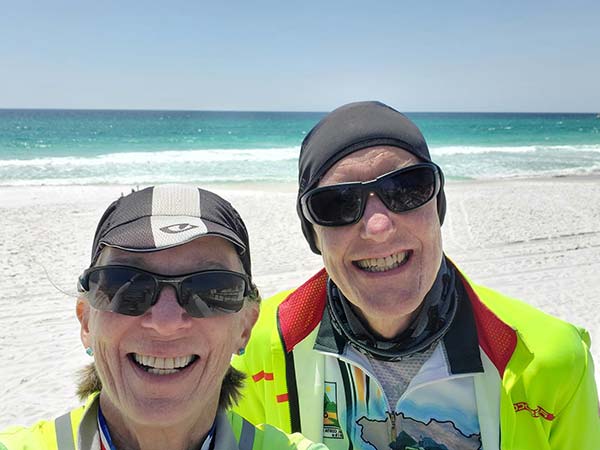 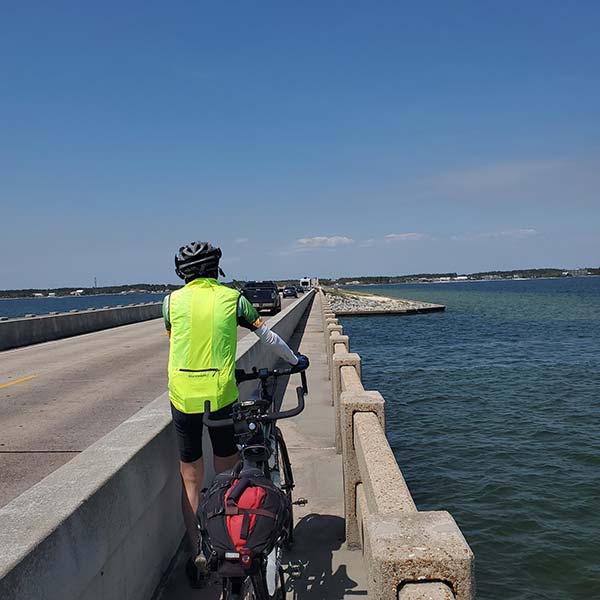